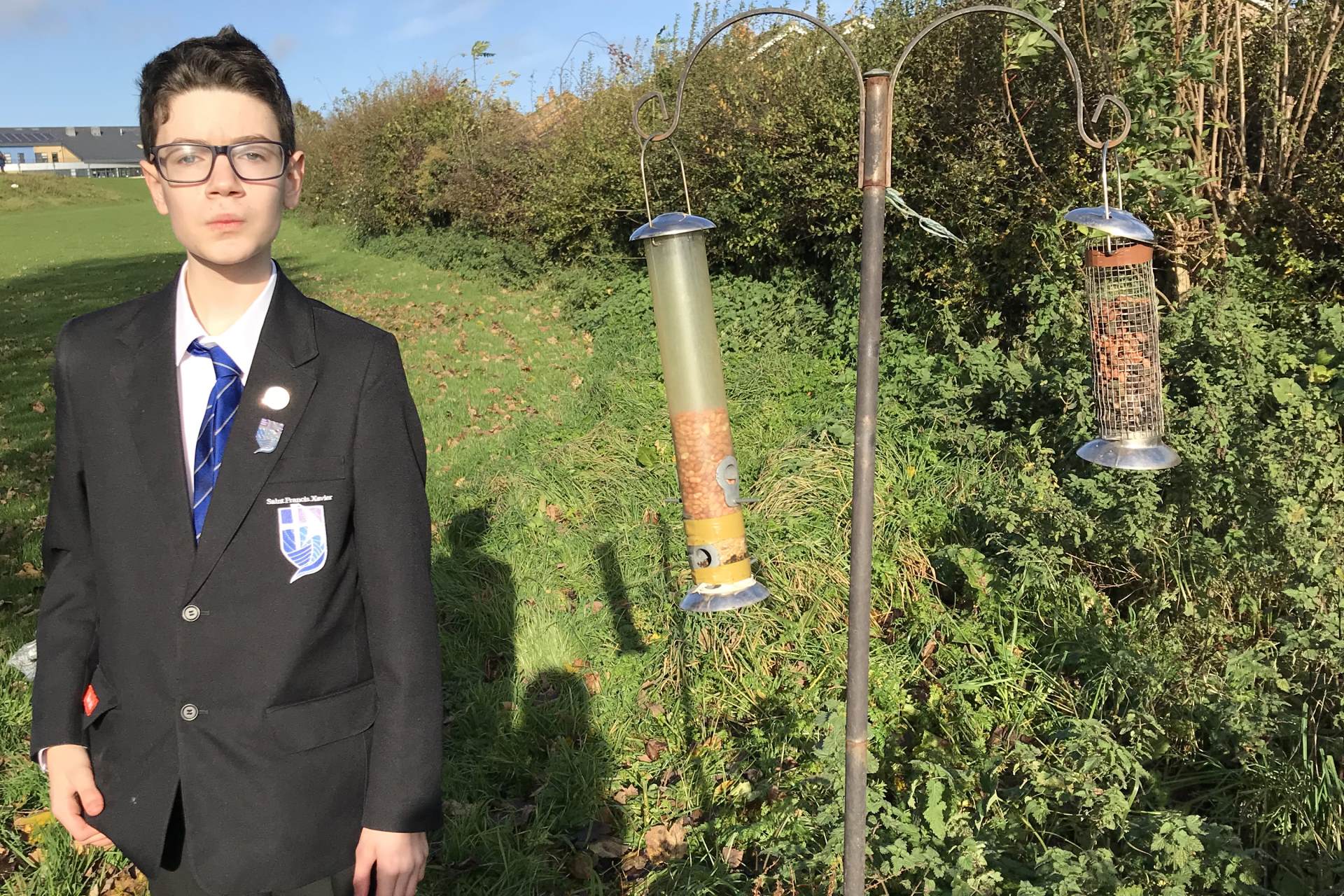 St. Francis Xavier School in Richmond has joined schools across the UK to get behind a national ‘Let’s Go Zero’ schools campaign declaring its aim to become zero carbon by 2030 and inviting government and local councils to work with them to reach this goal.

Over the next crucial ‘climate decade’ St. Francis Xavier School will be part of Let’s Go Zero – a campaign creating a network of schools and sustainability organisations to share information and learning about how to get to zero carbon and working with local councils and government to make it happen.

St. Francis Xavier School is one of the trailblazer Let’s Go Zero schools committing to cut carbon in seven key areas – energy, food, procurement, waste, water, travel and school grounds, as well as addressing the place of climate in the curriculum.

A number of these areas have already been tackled by the school which has successfully reduced its food waste by over 20% and, led by Joshua issuing his green flag energy certificates, staff and students have together continued to tackle the school’s energy usage. The student eco team continues to undertake regular lunchtime litter picks and has made many improvements to increase the biodiversity in its school grounds.

Like all schools signing up to the campaign, St. Francis Xavier School will be supported along the journey by a powerful coalition of  sustainability organisations including climate solutions charity Ashden which is spearheading the campaign, WWF, Global Action Plan (Transform Our World) and organiser of the Youth Climate Summit, Fairtrade Foundation (Fairtrade Schools), Carbon Trust, EcoSchools, Sustrans (School Streets), and Soil Association (Food for Life).

“The enthusiasm and commitment to the environment that the Eco-team at St Francis Xavier school has shown has been truly inspiring.  It has not just led to changes in habits within the school but also in the wider community.  As a school we care passionately about the future we are giving our young people and as well as providing the best educational outcomes, we also want to give them the best possible environment.  That is why we felt so strongly about signing up to the Go Zero pledge and playing our part for all our tomorrows. “

Joshua Greenwell, head of the biodiversity department within the SFX Eco Team – ‘ I have always been passionate about our living world and when I came to SFX three years ago I was determined to make a positive impact on the schools biodiversity. Since the departments inception I have been conducting surveys as well as trying to increase animal numbers (including birds, mammals and amphibians) throughout the school through various projects. Examples of these are: I have installed two wildlife cameras; a micro-pond; two hedgehog homes and several bird feeding stations. The team and I are currently working on creating a wildlife corridor around the school perimeter. Also, I am trying to reduce electricity usage by using a rewards-based system which has changed since the Covid 19 pandemic to include a digital Microsoft forms system. I am very excited to have been given the opportunity to raise further awareness about protecting our precious planet, and to demonstrate how everyone can make a small change to make a big difference.’

The Let’s Go Zero campaign is being   launched at the national Youth Climate Summit (9-13 Nov) with daily presentations and discussions on how to move to zero carbon. The Summit is being held with a year to go before the key global climate talks, COP26, being hosted by the UK Government in Glasgow in 2021.

Let’s Go Zero webinar sessions are being held at 4pm every day during the Youth Climate Summit showcasing schools that have already started their zero carbon journey and sharing learnings and inspiration.

St. Francis Xavier School is planning to participate in the Youth Climate summit events being hosted online throughout the week. Mathilde Iveson, Year 9, Joint Head of Single Use Plastics, has written to Rishi Sunak to ask him to meet with the school’s student eco team next week as part of the virtual summit.

“Schools are in a unique position to lead the country on its road to zero carbon”, says Harriet Lamb, CEO of Ashden which is spearheading Let’s Go Zero: “It’s so inspiring to see what many schools have done already to reduce their carbon footprint, from tackling waste and banning single-use plastic, to having more vegetarian meals, running eco-clubs and growing veg. Through the Let’s Go Zero campaign, schools can share their learning with each other to take the next steps along the way. We know that schools can be the trailblazers for their community, responding to young people’s calls for action. ”

St. Francis Xavier School will work with Let’s Go Zero as a long-term campaign throughout the coming decade.

This is a crucial, long term project that we believe is vital for our students, our local community and to protect our precious planet – Margaret Land, Sustainability Officer