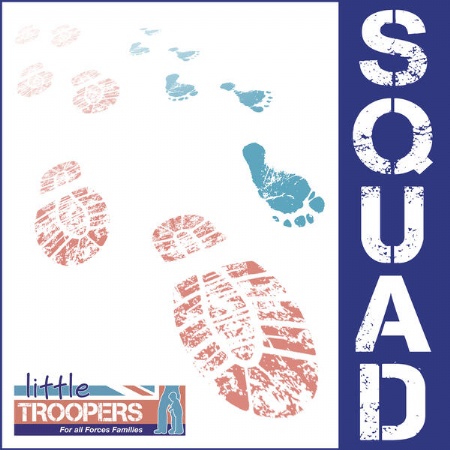 A new eight-episode podcast has been produced by the charity Little Troopers,  which explores life for military children.

The military charity ‘Little Troopers’ , which support all military children who have parent(s) serving in our British Armed Forces, regular or reserve, have released SQUAD, a series of Podcasts. SQUAD is an exciting new eight-episode series specifically aimed at military teenagers. Presented by TV and radio broadcaster, Katie Thistleton (whose credits include working on BBC Radio 1 and CBBC) and Leicester Tigers rugby star, Thom Smith – who also grew up as a service child – the professionally produced podcast is the first of its kind to give a platform to military teens to share their views on Armed Forces life.

You can enjoy the podcasts HERE.

Recorded in an engaging and energetic format, Katie and Thom will speak to 15 military teenagers as they discuss their personal experiences of being a military child and explore some of the unique challenges that service children face including deployment and separation, schooling, moving home, having a serving parent and forming friendships. The aim of the podcast is to help military teenagers feel supported by recognising they are part of a large community of children who have similar life experiences.

To find about more about the work Little Troopers do, visit www.littletrooopers.net