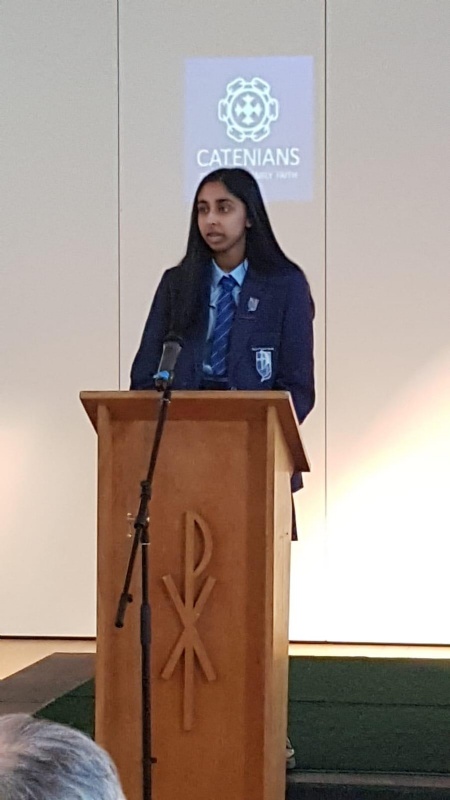 One student representative from key stage 3 and 4 attended the Catenian Public Speaking competition.

Students from debate club put themselves forward and enjoyed some healthy competition amongst friends in the 'Speak Out' competition. A range of topics were presented but the winners were Isla Smith (Year 7) speaking on ‘Why Slavery is still present in the 21st Century, and Sia Makwana (Year 10) with her speech titled “Can you humanely kill someone?”.

The two selected students then attended the event at Trinity College in  Middlesbrough to perform their speeches in front of the judges and a live audience.

Both students gave a fantastic performance and should be extremely proud of their efforts. 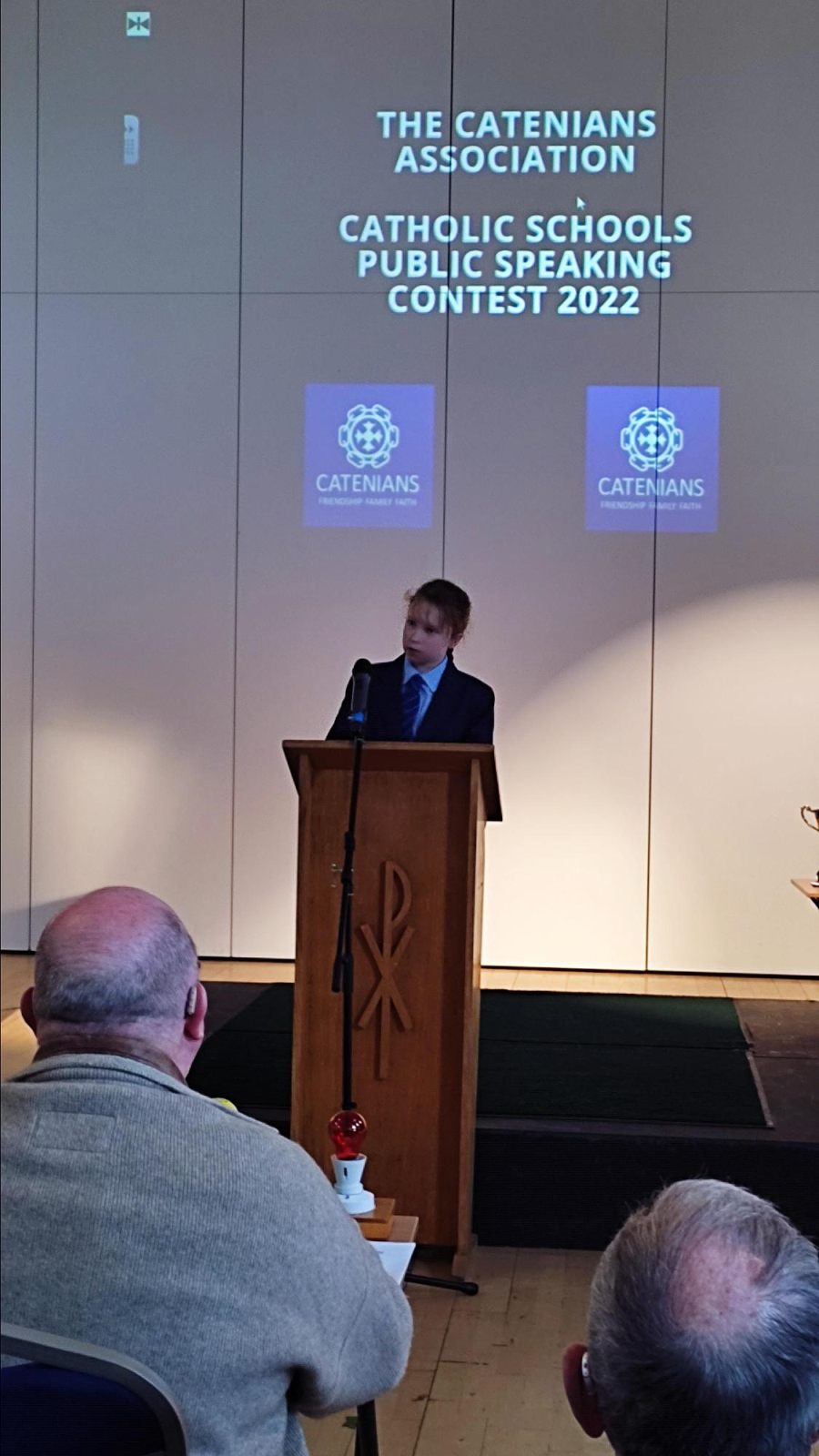 Isla, (Year 7), said: " I was very nervous but was happy that my parents were able to support and come and watch me. Each person was called up to the lectern and delivered their speech. I had to speak for 3 minutes and 30 seconds. There were coloured lights in front of you to let you know how much time you had left; this was important as penalties were given for being under or over by 20 seconds.

Whilst I didn’t win, I was really pleased with my performance as I was the youngest speaker and I really enjoyed the experience. It has helped my confidence when speaking in front of others and is something I would definitely want to do again."

Debating club takes place weekly, with a wide range of students taking part. Sia (Year 10) said: "Debating is one of the many great skills you can acquire while moving through your secondary education, helping you in lots of other areas in your life.

One skill that is greatly improved by attending debate club is the ability to assert yourself. Getting your points and ideas across to another in a strong way is important and aids you in other areas such as English Literature, where you must make a point and strongly assert your notion – backing it up with evidence and context throughout. As English Literature is a core subject, having that ingrained assertiveness will really help you in reaching for the grade eights and nines that we all should strive for.

Furthermore, debate club helps you in your ability to solve problems. The practice of quickly racking the back of your brain to find ‘for’ or ‘against’ arguments for any random topic you have sprung onto you; jotting them down; and articulating these notes to the other side assists you in so many other subjects where problem solving is key. This includes mathematics, computer science and technology."